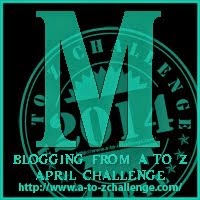 The Child sat on the lily pad.  The gathering of algae was proving more difficult than expected; the lily pad was moving speedily. Her friend, Mr. Whale, was relaxing on the ocean, watching her as it moved with the water current.

"That was a pretty algae," the Child said.

"It was colorful. How many types of algae do you think there are below?"

"Let me know if you succeed." The Prophet replied with chuckles of laughter.

"Missed again," the Child mumbled as some red algae slipped from her fingers and disappeared in the ocean.

"I think I'd rather move on and do something else, Prophet. This is tiring."

"I thought you wanted to learn about algae."

The sun shone and the Child saw red, brown, yellow and green algae below her as the lily pad floated swiftly on the ocean.

" People call lots of things by another name, Child."

"There you go Prophet talking in riddles again."

The Prophet smiled and quietly observed as the Child leaned over the side of the lily pad and with too much caution tried to grab some green algae.

"Missed again. That's it. I missed catching the algae cause the lily pad is moving too fast.

"Child, the tempo of the lily pad tempo is not the reason you're missing the catch."

"Maybe you have to throw away caution and join them."