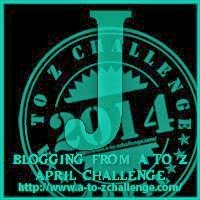 "Jump!" The Child commanded the whale with a trembling voice.

The whale bucked, and for the second time that day, it rose above a wave coming at them.

"Good job, Mr. Whale, good job," mumbled the Child and held on to its dorsal fin.

Where oh where is The Prophet?  The Child thought.

The Prophet's vanishing seemed like ages ago, and the Child, desperately fighting the waves that continuously attacked, wanted some kind of reassurance about the path chosen.

The Child looked in the direction of the loud roar. A third wave had picked up momentum and was heading in their direction.

"Oh my, Mr. Whale. How I wish The Prophet were here. This one is the worse I've seen."

"Don't you see I can't do this?" The Child bellowed out into the wind.

The dark, ugly, mean-spirited wave began its approach; the Child, angry at the Prophet's silence, shouted above the whoosh of the wind, "Jump, Mr. Whale, jump!"

The whale bucked upward and jumped over the wave and dived down, head first, into the ocean, with the Child holding on to the dorsal fin. When it came up out of the ocean, both were wet; the Child was gasping for air.

The Child turned to look behind. The mean-spirited wave had dwindled into nothing and become a part of the ocean.

"I did it Mr. Whale," The Child muttered softly. Tired and exhausted, the Child fell asleep, mouth wide opened, as she hung on to the whale's dorsal fin.